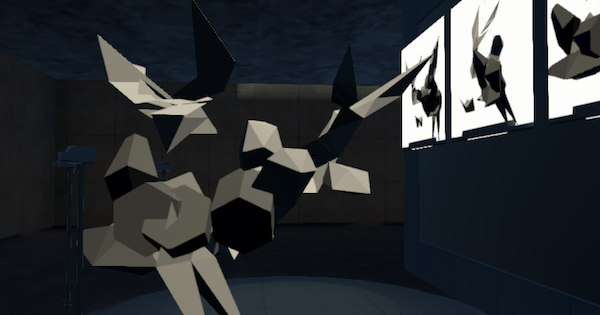 We decided to change the perspective of the game from the ‘Third-person’ to the ‘First-person’.

The original third-person perspective, we thought that showing the character on the screen would give a sense of scale and distance in contrast to the character in the building or exhibit.

However, as we designed the puzzles, we felt that the perspective of approaching and looking up at the exhibits was more immersive.

The starter kit, scribed in the previous article, had templates for the first and third person, so it was easy to change the viewpoint. In reality, all we had to do was make the following changes.