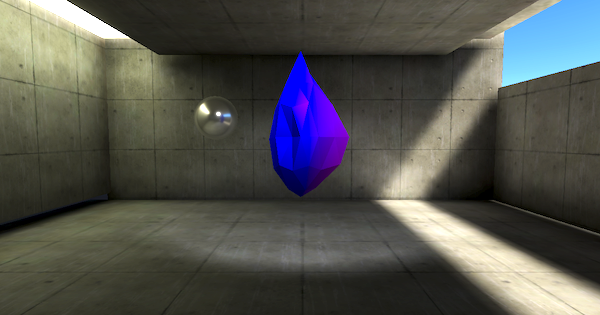 Let there be light

We think that one of the important things in visual design is lighting.

It would be nice if the light source placed in the scene could be as it is, but it would be difficult to think without advanced ray tracing.

However, to get the right picture, need the right parameters for the lights and the scene.
It would be nice if there was a mechanism like PhotoShop and Instagram where the parameters could be determined by selecting an effect sample …

We think that another visually important thing is effect animation.

In another article, we wrote about unlocking when the puzzle is completed, but it is necessary to effectively convey this unlocking to the player, and effect animation is important.

The animation of open/close doors is intuitive, but how do we use effects to tell when partitions that restrict behavior are removed?

As one of the methods, we created a Disolve effect that melts and disappears. On the internet, a material that Disolves Shader as a sample. However, when disolving with the parameter of the material, all the objects to which the material is applied will disappear.

As a result of the examination, we created a material that disappears with the scale parameter of the object written in another article with ShaderGraph.

As a result, even if a common material is used, when the target object changes its scale (for example, 1.0 → 1.1), only that object will disolve.

In the figure above, the front and back partitions use the same material.

If you look closely, the size of the one in the foreground changes slightly, but it disappears in the process, so it is no problem.