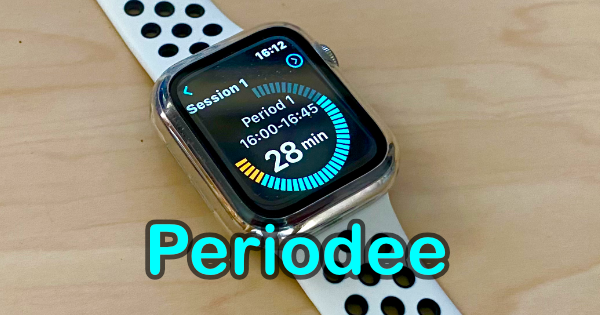 When Periodee 1.0 was submitted for review, it was rejected for the reason that the icon was completely black.

We had no choice but to brighten the background, but it was still rejected as “black.” So, when we sent the Xcode setting screen and ICON file and filed an appeal, it was released without any reply. Below is the final icon.

The background is bright, so the image looks blurry.

In Ver.1.1, we will try again with the originally planned black background.

In version 1.0, it was an image cut out in a circle for WatchOS. Version 1.1, instead of cutting out the circles, we are thinking of using an image in which the radial colors extend to the four corners of the square.

WWDC will be held soon