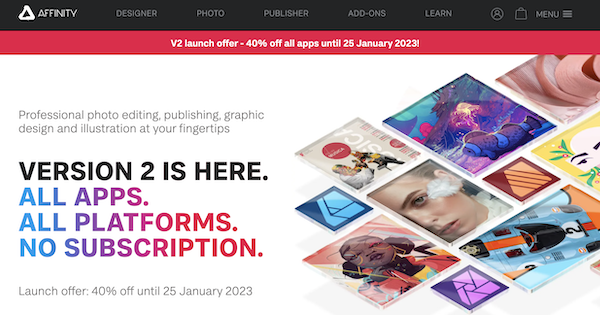 New versions V2 of Affinity Designer and Photo, which are used on the iPad, were released at the end of last year.

Unfortunately there is no upgrade from V1. However, it will be 40% off to commemorate the release. We are using the iPad version, but we have always wanted a MacOS version, so purchased a universal license. Designer / Photo / Publisher can be used on his iPad / Mac / Windows.

We installed it on my iPad and Mac, and for a short while we was happy that we could use V2 to its full potential. The UI has also changed considerably in V2, and the operation feeling is very different between iPad and Mac. We have to learn from the tutorial.